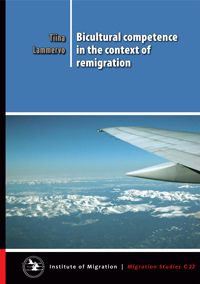 Bicultural competence in the context of remigration

Bicultural competence in the context of remigration

The study focuses on cases of mobility where the individuals moved from their own instigation and continued relocating, returning and leaving again. The main goal was to find out if such individuals realize they have gained bicultural competence or if indeed they deliberately aimed at gaining it by overseas experience. At the age of globalisation competence to communicate inter- and cross culturally is valued, but is the skill recognised when someone has gained it, is it deliberately acquired or an accidental by-product of activities motivated by something else?