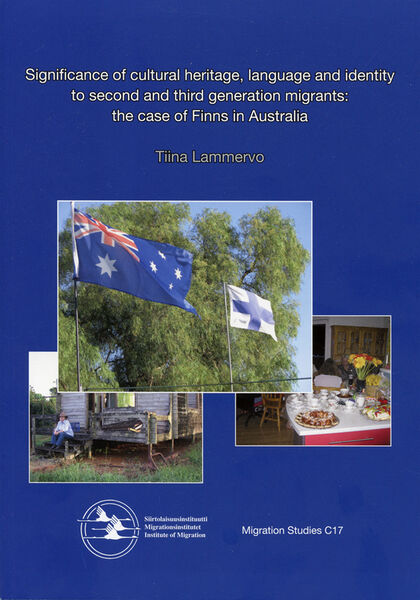 This research focuses on the significance of heritage culture and language among second and third generation informants. The study discusses how second and third generation Australian Finns have experienced language and culture contact, what their linguistic and cultural competence is and what their attitudes are towards their heritage and their ethnic or multicultural identity. These issues are also relevant to the future of Finnish language and culture in multicultural Australia.

Data consists of in depth interviews of selected diverse informants. The report discusses the relevance of background factors traditionally considered in acculturation research, informants' language skills and features of language contact, the role of cultural elements in the lives of second and third generation migrants, and issues of identity.

The post-doctoral project was funded by the Academy of Finland and was undertaken at the Institute of Migration in Turku, Finland and the School of Languages and Comparative Cultural Studies at the University of Queensland in Brisbane, Australia.

Scandinavian and European Migration to Australia and New Zealand

The Finns on Board the Titanic

The Societal Participation of Refugees and Immigrants