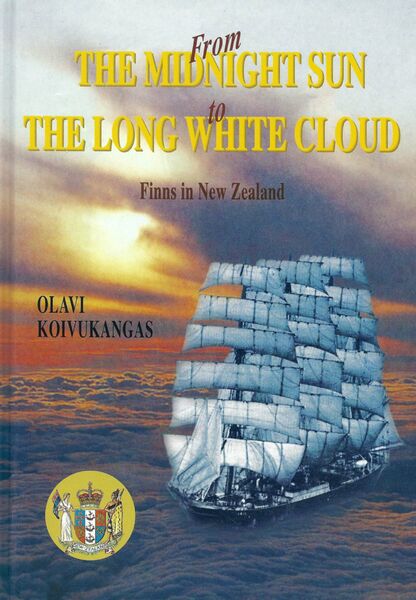 From the Midnight Sun to the Long White Cloud

From the Midnight Sun to the Long White Cloud

The history of the Finns in New Zealand starts with H. D. Spöring from Turku, Finland, sailing on board the “Endeavour” with James Cook in 1768–71. The first permanent settlers were whalers, sailors and gold miners followed by farming people to settle in small colonies by chain migration.

During the Second World War the New Zealand Government seized the Finnish sailing vessel “Pamir”, pictured on the cover, in Wellington, and many crewmembers remained in New Zealand. In the 1950’s Finns were the pioneers of the New Zealand pulp and paper industry in Tokoroa and Kawerau.

But the arrival of some 2,000 Finns to the “Aotearoa” is a unique and interesting story of the European overseas emigration worth telling to the posterity – as well as the contribution of sturdy Finns and their descendants to the multiethnic society of New Zealand.