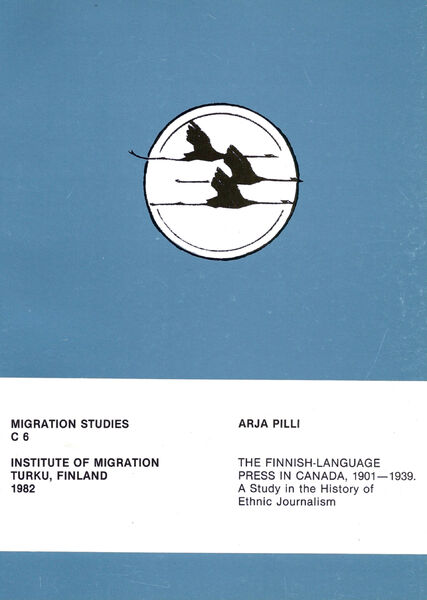 Among a community of people who have emigrated from their homeland to a new country, the newspapers and magazines that they publish have an important role to play. Throughout the period 1901–1939, the Finnish press in Canada was closely tied to the political groupings within the Finnish-Canadian immigrant community and almost every newspaper and magazine had the function of being the voice of some ideological tendency. All of the Finnish newspapers in Canada remained small-scale business, basically because their potential readership comprised a small community. In the long run, the future of the Finnish press in Canada will depend on the extent to which the Finnish-Canadian population remains conscious of its Finnishness, and interested in maintaining the Finnish language and culture.

How to Trace Your Roots in Finland